For my 25th college anniversary, I wrote this rather long document about my lifelong search for "truth:"

I think I was the only one who, in response to a question of what I had been doing since college, gave an intellectual history of myself, rather than an exclusively personal history.  Aspects of my personal life came into it, but the focus was intellect.

It was one of about 3 essays in the 25th reunion book that was as long as it was.  Most people confined themselves to a few paragraphs. I've often described myself as having diarrhea of the keyboard.  Still a couple of my friends read it and liked it.

I noticed, though, that I was also the only one who ever wrote in to our college newsletter with a review of a book that I was excited about that I thought my classmates might like, because the author was a late, well-known professor from our college.

Granted it's nice to learn about weddings, kids, job changes, and moves -- but didn't we meet by going to college together?  Wasn't that an intellectual endeavor? Didn't that make us feel like exchanging intellectual ideas?

Anyway, the truth essay was brought to mind to my mind today, because I read that a 4th neutrino had been tentatively identified, and that it was outside the Standard Model.  The Standard Model is a family of sub-sub-atomic particles that replaced the earlier neutron/proton/electron atomic model of the elements -- to oversimplify.

The Standard Model was just starting to coalesce when I was in college and it was only just fully confirmed in 2009 with a believable study of the Top Quark, aka "god particle."

But, now, back to the drawing board, apparently, only five years later.

One aspect of my truth essay was the concept that science was violating Occam's razor.  Science keeps getting more and more complex and elaborate.  It has to have more and more theories. Exceptions to those theories keep getting found.  It's never like we can get to a final theory and stop.  Just when the Standard Model seemed like the definitive answer, something that doesn't fit into it is found.

This was one of the things that caused me to lose faith in physics and not pursue it professionally as an adult.

Here's another one of those -- physics is not complete issues

Why is the universe expanding? At least, astronomers believe it is expanding.  Studying astronomy was part of what made me lose faith in physics.  Trying to grasp the enormity of the universe, helped me see how very small we are in comparison.  The idea that we could really understand it seemed absurd.
Posted by aebarschall at 8:02 PM No comments:

I have been participating in the 2016 Lady Sketch Lab at the Magnet Theater.  This lab started out with 84 women.  By the end we were down to 50, which is still a huge group.  Most of us submitted sketches, with several drafts.  Then some sketches were selected for the show.

I was cast as Narrator in "Extraordinary Woman" and Passenger (an improv role) in "Love Train." 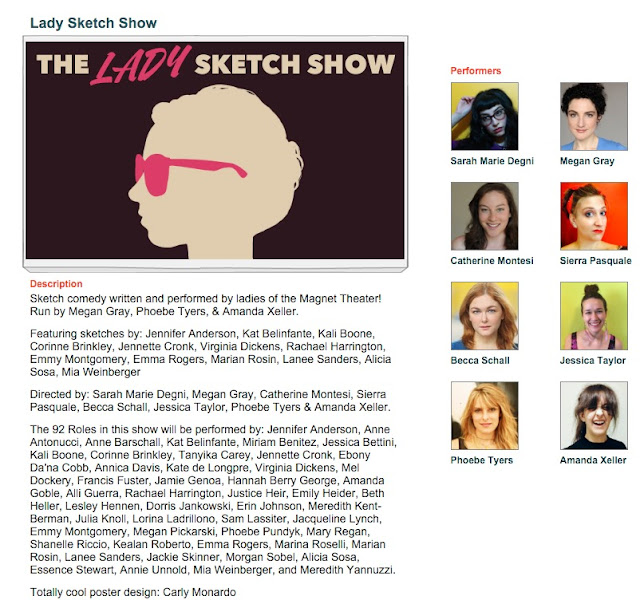 Here's a cast photo of the Extraordinary Woman sketch 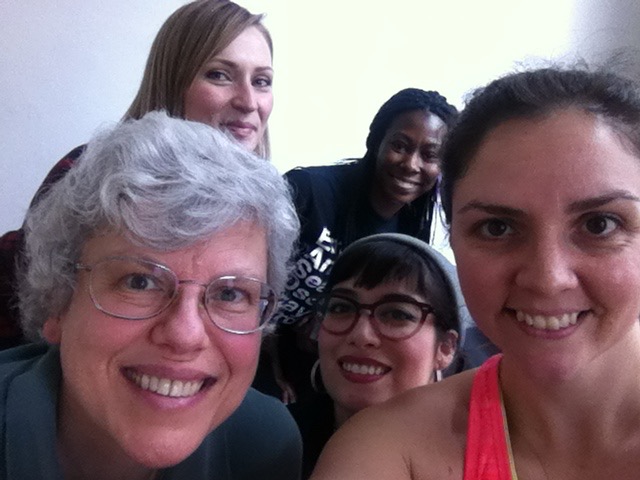 And here was the entire cast 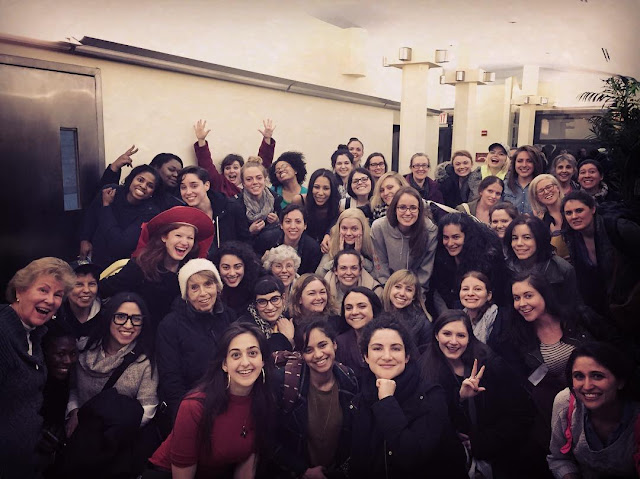 Posted by aebarschall at 10:23 AM No comments: 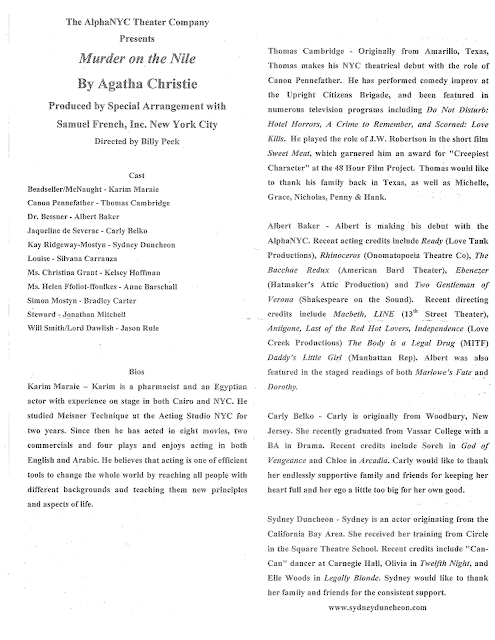 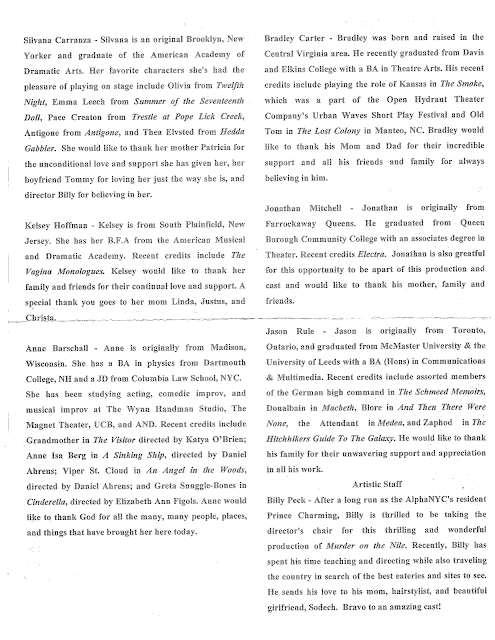 Posted by aebarschall at 9:42 PM No comments:

I have the following performances upcoming:

3/10, 11 &12 I will be playing Miss Ffoliot-ffoulkes at an AlphaNYC production of “Murder on the Nile” by Agatha Christie at the Producer’s Club
3/13 I will be again participating in the Cabaret showdown
3/14, 21 & 28 I will be participating in sketch shows at The Magnet Theater with the Lady Sketch Lab
3/18 Acting in sitcom The Cobblestone Corridor with Connecticut Public Broadcasting
3/22 I will again be participating in a charity fundraiser sponsored by The SetNYC at the Lovecraft Bar

I particularly want to tell you about these fundraisers.  Pim Shih has been doing a series .  Performers donate their times and some of the proceeds go to benefit deserving charities, especially to help the homeless.  Each show doesn’t generate all that much money, but it adds up over time, as Pim keeps doing more events.  March 22 is the third time I’m going to be doing a monologue.

I think it would be nice if some casting directors and agents were to participate at these events, because it would raise the stakes and increase the amount that is raised.

Curriculum for a life skills course

This is a list of topics to be dealt with in high school curricula.  I originally wrote this back in 2007 or 2008, but I don't think I posted it publicly anywhere.  Some of these things may be taught in health classes, but not all of them.


I became interested in this topic, partly because I served as a volunteer in my school district on the committees where decisions were made regarding programs for special needs kids.  I learned that life skills were taught to students with intellectual disabilities, but not to kids without disabilities.  Why?  I don't think kids normally absorb all the life skills they need, especially now that they're always glued to the computer.

Later, I got interested in these topics as a possible curriculum for a course to be taught in college.  I certainly didn't have a good grasp on these topics by the time I graduated.  I probably still don't.

Posted by aebarschall at 4:01 AM No comments: