These are all *new* scripts — and I wrote one of the sketches in my show.

Agents, casting directors, artistic directors, and anyone with casting authority can get in free by leaving a business card.  If you stay for all three shows, you’ll see a lot of actors, who have been selected from the basic show to reappear.

A film I'm in is on Indie Boom. Please watch to the end to see me and possibly help it win a prize
https://www.indieboomff.com/creativeblock.html

I also completed Musical Improv 101 at UCB.  I've taken this course at the Magnet, but not at UCB before.  Eric Gerson was great.

Bohemian Rhapsody: I blogged about this https://annebarschall.blogspot.com/2018/11/bohemian-rhapsody-and-me.html
Spiderman: into the multiverse
Aquaman

Posted by aebarschall at 9:15 AM No comments:

Sunday, December 9, 2018, I sang in a concert with the Bronx County Chorus at the First Lutheran Church of Throggs Neck  You'll note that they spell "Throggs" differently from the way the name of the Bridge is spelled. I should find out why.

I got to sing a duet.  Here's the YouTube video 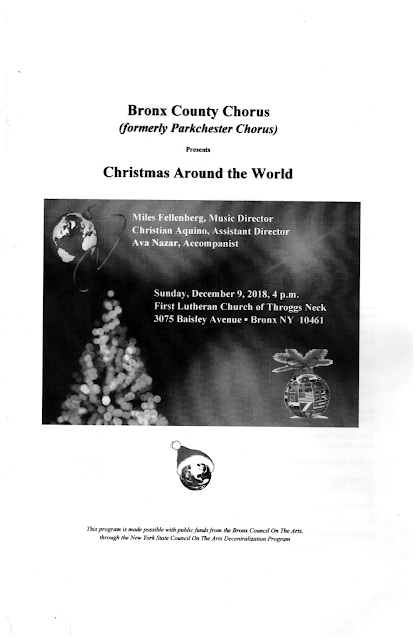 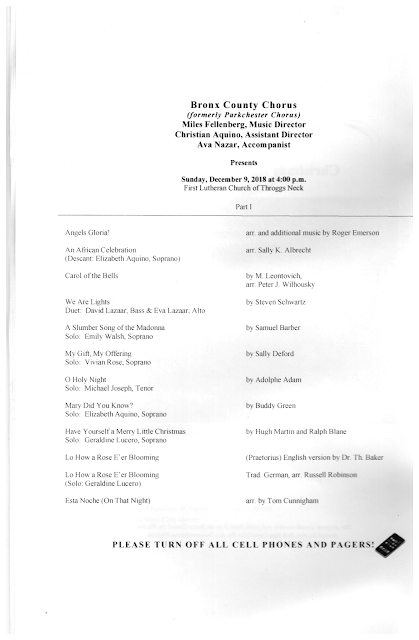 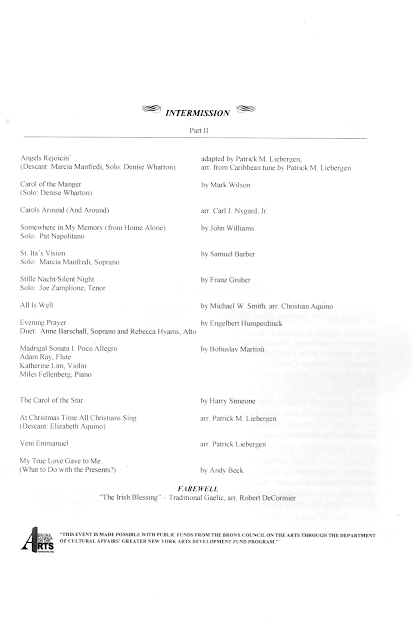 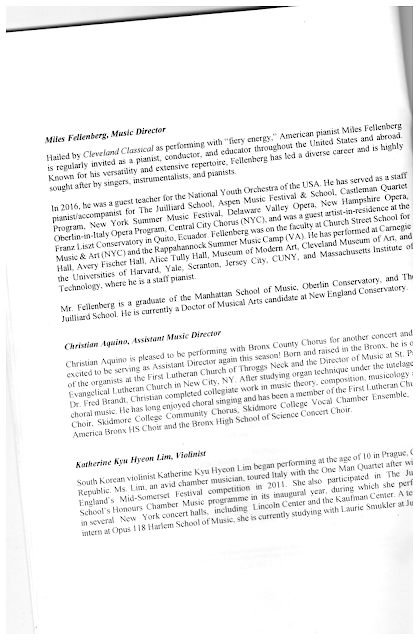 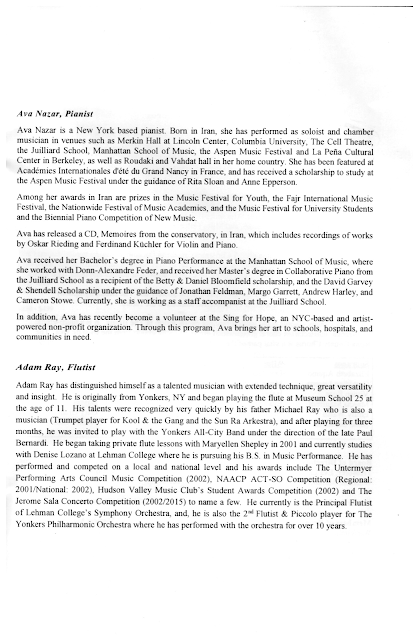 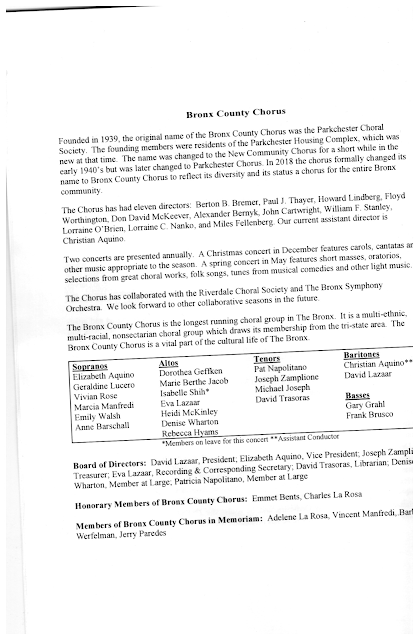 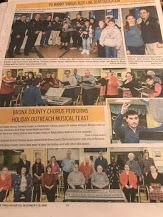 Posted by aebarschall at 8:08 PM No comments: