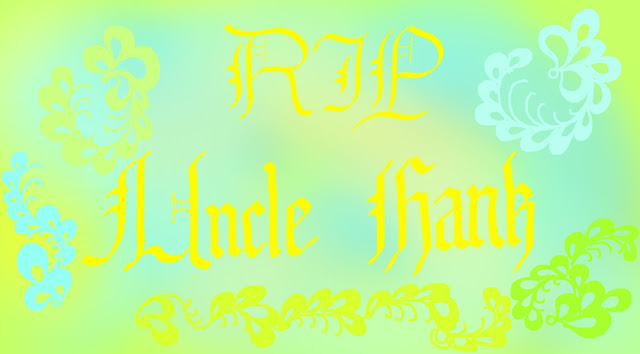 My uncle, Hank Folsom, was my mother's younger brother, and the youngest of 4 siblings.  I believe he was 90 when he died 5/8/18, making him also the longest lived of the siblings.  He also has the most descendants of any of the siblings, including, 3 children;  I think 8 grandchildren and I'm not sure how many great grandchildren.

In recent years, he has been the glue that kept the family together -- as he made sure to see everyone as they passed through either of the two homes he frequented, one in Randolph, NH and one in Guilford, CT.

He was a retired Episcopal priest, and graduate of Yale.  He was atypical for an Episcopalian in being Evangelical and Charismatic in his beliefs and practices -- and in being a big game hunter, with a house full of hunting trophies.  He also wrote a book about hunting.  He was also an artist who liked to paint Eastern Orthodox style icons, again not typical for an Episcopalian.  His parish for the longest part of his career was in Old Saybrook, CT

He was a warm, charming, affectionate man and never unpleasant about how he advanced his views, which were contrary to those of many of our family.

His first wife, Peeko, predeceased him.  His second wife, Clare, survives him. I particularly want to thank my aunt, Clare, for the extraordinary care she provided him in his declining years.

My condolences to all family members.

There's a lot more to say -- and I may add to this blog.  That's one of my habits to keep editing blogs.

I chose spring colors because it is spring -- and also because of his strong beliefs in salvation, so that death is only a beginning.

Some trivia I know about my uncle
My cousin posted a photo of him hiking on FB. He was really handsome, obviously. 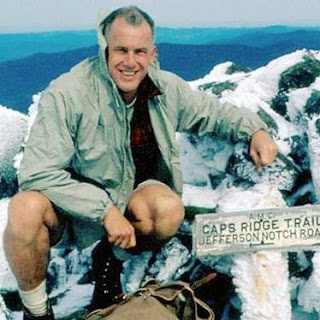 I'm trying to improve my graphic.  Just a few subtle changes. I'm trying to decide if I'm printing this out on canvas or not -- whether I'm going to give it to someone. 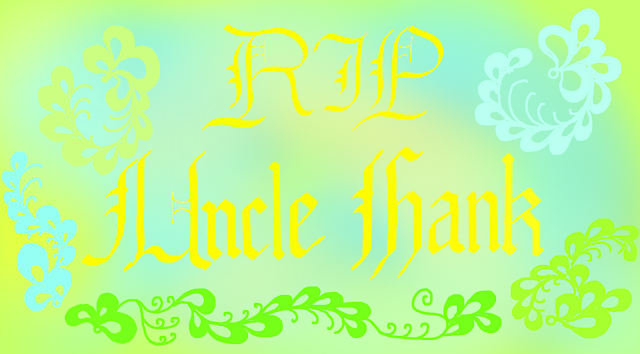 Posted by aebarschall at 8:56 PM