This is very frustrating.  When Apple updates its operating system, suddenly old third party software doesn't work.  It makes me worry that Apple and the other software companies are in cahoots to force users to buy new software.  Unfortunately, I don't know if the government still cares about or enforces anti-trust laws.

In the present case, my Microsoft Word for Mac 2011 has developed a bug since an operating system update.  This is a screen shot of a "save as" function. 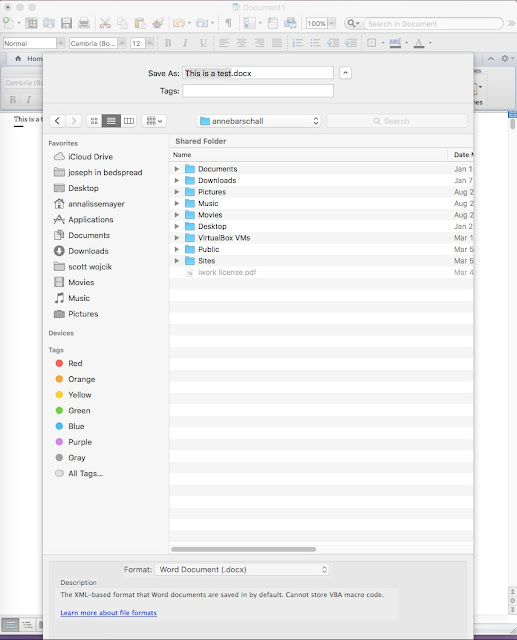 You will note that the "save as" window now extends past the bottom of the screen.  This prevents me from accessing the security options, such as adding passwords or removing identifying information from a document.

This type of arrogance towards forcing the consumer to buy new software is infuriating.