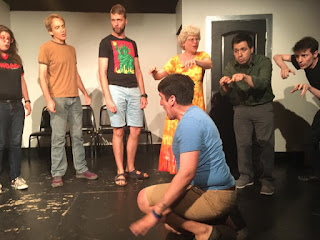 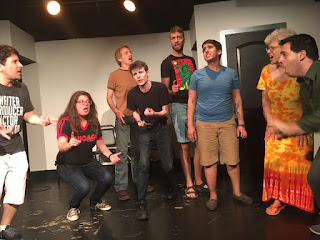 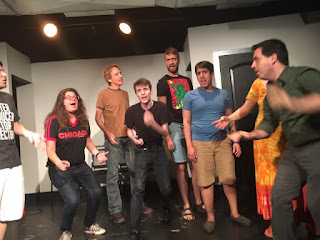 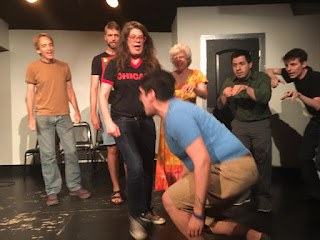 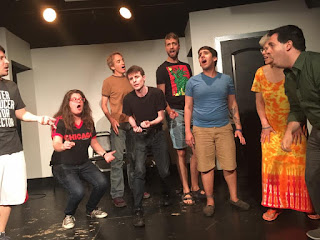 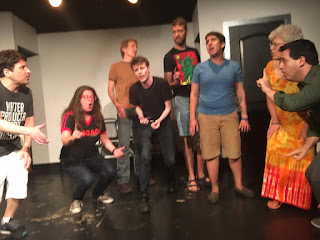 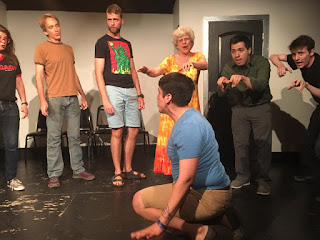 Posted by aebarschall at 7:18 PM No comments:

So I read that communities in Westchester County, NY are requiring people who want pets to take them from shelters rather than from breeders.  I am opposed to this legislation.

First, let me tell a story about a cat I had.

I got this cat through a rescue operation.  I had him for 8 years.  During this time, he vomited frequently, always on the best rugs.  I was not able to train him to go to the bare floor.  He also destroyed virtually all of my bed linens.  I had him declawed thinking that would help, but he was destroying the linens with his teeth.

I also tried all manner of cat foods, including special ones from the vet and various expensive brands, both dry and canned.  None of these seemed to help with the vomiting.

Ultimately, I decided that having to constantly replace all of my bed linens was too expensive, so I tried to get rid of him.

I learned that all the shelters in Westchester were no kill shelters.  Therefore, they were over-full and could not take animals that were not salable.  A middle aged cat with health and behavior problems was not considered salable.

I tried to take the cat to a kill shelter in the Bronx, but they said they would not take him, because I was not an NYC resident.

I learned that it was illegal to release a cat into the wild in Westchester, as well.  I doubt it would have worked, as the cat was micro-chipped.  It was also illegal to euthanize your own cat.  Only a vet could euthanize the cat.  It was not entirely clear whether vets would euthanize a cat that was not terminally ill.  Also, vets are expensive.

In other words, my punishment for taking in a rescue cat, was that all my bed linens would have to be perpetually in rags -- and that there was no legal remedy at all for this.

The cat was also destroying pillows and footwear in a closet that it was creeping into.

During this process, I learned that many cats have digestive issues, because really they are supposed to be eating mice, and commercial cat food is not made from mice, because there is no supply chain for mice: no farms that raise them, no machines that could process them into cat food, etc.  One cat expert posited that the cat's chewing behavior was due to being ill from inappropriate food and trying to make himself vomit.

However, I came to the conclusion that rescue cats may not be good house pets.  Perhaps they descend from pets who were put out, precisely because they had health or behavior problems that made them poor pets.

By contrast, pets that are bred by a breeder, were, presumably, conceived from animals who made good pets.

If we require people to own pets who came from rescue shelters, we may make pet ownership impossible.  These animals may not be suitable for living in homes at all.

Posted by aebarschall at 5:36 PM No comments:

On recording a video of a sonnet

When you spend all morning recording videos of a monologue; deleting at least half of them, uploading 9 of them, and then deciding that maybe the first one was the best one after all.  This is Shakespeare's sonnet 18, btw.


v1 — from my right, very pleasant, but looking down at the camera

v2- from my left, looking down at camera, too much neck

v 3 - from left, shoulders only, fairly pleasant — not as audible. I was trying different tables and decided that this one was too high, while the one for the first two was too low.

So for the rest of these I used the first table with the lid of a cardboard box under the ipad.

v6 - no smiles, from left, still looking down — expressions perhaps a bit exaggerated

If you've gotten this far and actually watched these videos, you're a saint.  Please let me know which you like best.

Then, of course, I find there's some incompatibility which prevents me from transferring these videos from my ipad to my computer. Why?  They're both Apple products.  Uggh.  I think I saw a software update coming through for the mac.  Maybe I need to do that.  In any case, the only way I can look at all of them is to upload them to YouTube, as unpublished videos -- but then, once I get them up there I think, I might as well share them all.

I could download them and enhance the audio on my computer.

Anyway, the sonnet talks about summer days and it was lovely out on my balcony and I wanted to try out my new sun umbrella, which I think worked very nicely here...

In the mean time, I'm not cooking this huge pork shoulder I bought and not learning the lines I need to memorize by Monday.

Just a word of background.

I shall do a YouTube video (or perhaps several) of the other shortly.

I started reading Shakespeare when I was about 10, when I found my mother's college Shakespeare book on a shelf.  I had no trouble with the language, because I was raised in the Episcopal church, where we were still using the Book of Common Prayer that had Elizabethan English in it, so that dialect was familiar to me.

I'm sad they've let that book and the King James version of the Bible go.  I have heard that studying those versions encourages mysticism, which I happen to be very fond of.

In any case, this sonnet was my favorite at that time.  I think I was mostly captivated by the first four lines.  I mostly ignored the later lines.

Now, when I read them, I'm thinking that Shakespeare was really not a humble man, being so certain of the immortality of his poetry.  He turned out to be right, but it was a bit of hubris to be thinking so at the time that he wrote it.
Posted by aebarschall at 10:31 AM No comments: