What I worked on in Wynn Handman's class


All My Sons, by Arthur Miller

Kate Keller in All My Sons by Arthur Miller 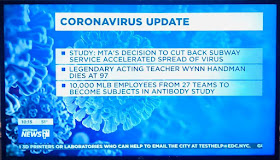 
On Saturday, April 11th, we lost a legendary figure in the world of theatre, Wynn Handman, who co-founded the American...
Posted by Cliff Lipson : Celebrity Photographer on Monday, April 13, 2020

Not mentioned in some of these articles: Dustin Hoffman, Denzel Washington, Robert DeNiro
aebarschall at 9:36 AM
Share